We use Test Playbooks to test our integrations and automation scripts. The Test Playbooks provide full End to End testing. For testing small units of code, use Unit Testing.

Tests are run using our CI framework. They are run both as part of the build process and on a nightly basis. If you are a contributor, during the initial PR, Test Playbooks will not run but they will be used as part of the review process. Once the PR is merged into a contrib/* branch by one of the team members and credentials (if needed) are provided to Cortex XSOAR, the test playbooks will be run as part of our CI framework.

Note: Test Playbooks are required as part of the PR acceptance review process. For simple Scripts that have unit tests, a test playbook is optional.

A Test Playbook consists of several steps, including testing commands, verifying the results, and closing the investigation.

We use a standard naming convention for our playbook tests which follows the format below:

To auto generate a Test playbook based upon an integration or script use the following demisto-sdk generate-test-playbook command which can be found here. You can then import the playbook and modify it to your needs.

When creating a Test Playbook, it is often recommended for the first step to be DeleteContext. "Delete Context" does just that, it deletes all of the context data. While not always vital, it ensures that a test playbook has a clean beginning to test from without conflicting data. Especially, useful while developing and you wish to re-run the playbook. This allows for a test to be "sterile" and can help us to eliminate unrelated issues from the test. 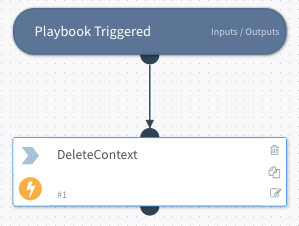 Testing a Command, Verifying the Results, and Closing an Investigation#

It's important to test as many commands of the integration as possible as tasks, and each command should have a task. For this example we will look at the integration IPInfo, which accepts only one command called !ip. 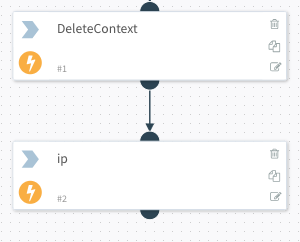 After you build the command, verify that you have received the results that you expect:

Naming and Exporting the Playbook#

Adding the Playbook to your Project#

In order to associate integrations with a test plabyook we mange a conf.json file (at the root of the repository). The conf.json file is located in the Tests directory.

The following is an example of a correct conf.json entry for an integration:

The following table describes the fields: