This Playbook is part of the Rapid Breach Response Pack.#

The playbook can be triggered manually or automatically by setting up a reoccurring job.

Microsoft has released a security update in June 2021 Patch Tuesday for CVE-2021-1675, a Local Privilege Escalation vulnerability in the Print Spooler Service. Later that month, researchers found another method to exploit the Print Spooler service remotely, which raised the severity of the vulnerability due to the fact that the new method allows Remote Code Execution, a new ID was given to the critical vulnerability - CVE-2021-34527.

Microsoft patched the vulnerability in June but an exploit POC and complete technical analysis were made publicly available online.

**Update 7.8.2021 - Microsoft has released an emergency patch for the PrintNightmare. A reference for the patch can be found in "Install Microsoft spooler service patches" task.

** Note: This is a beta playbook, which lets you implement and test pre-release software. Since the playbook is beta, it might contain bugs. Updates to the pack during the beta phase might include non-backward compatible features. We appreciate your feedback on the quality and usability of the pack to help us identify issues, fix them, and continually improve.

This playbook does not use any scripts. 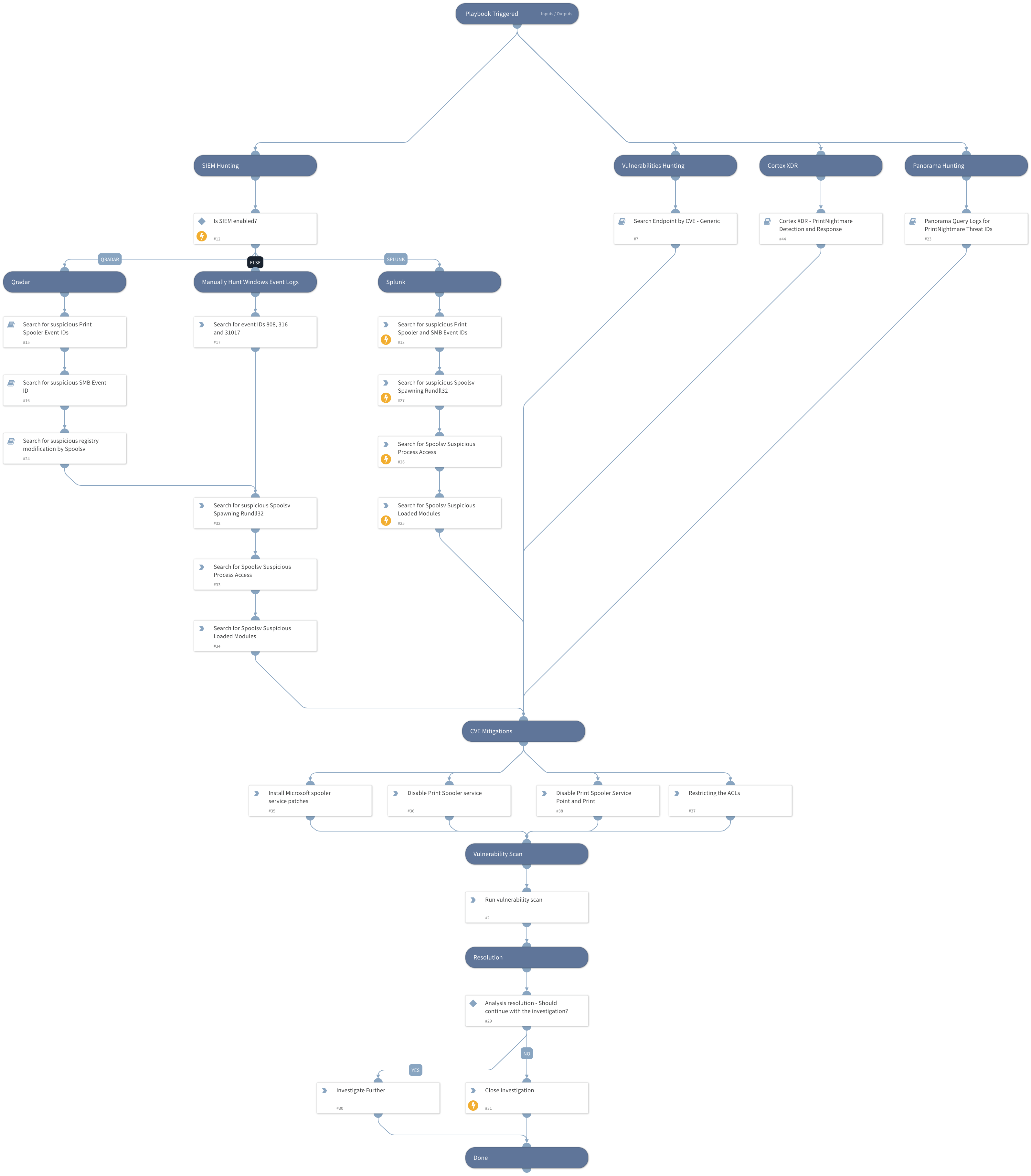