This Playbook is part of the Core - Investigation and Response Pack.#

An Impossible Traveler event occurs when multiple login attempts are seen for a user from multiple remote countries in a short period of time, which shouldn't be possible. This may indicate the account is compromised.

Investigate IP addresses and identities involved in the detected activity, by using the following:

The playbook's first response actions are based on the data available within the alert. In this phase, the playbook executes the following:

When the playbook continues, after validating the activity with the user’s manager, another phase of response actions is executed, which includes:

How to use this playbook#

Note: The playbook triggers are being executed according to its order. Consider changing the trigger position for the execution order, as required. If not, other triggers may override the new trigger.

Before executing the playbook, review the inputs and change the default values, if needed. Go to Incident Response > Playbooks and search for Impossible Traveler.

Important playbook inputs you should pay attention to:

In this playbook the remediation plan happens in two phases:

In the final phase, the IP addresses marked as suspicious will be filtered against the whitelisted IPs provided in the playbook inputs, and the ones that aren’t whitelisted will be blocked. 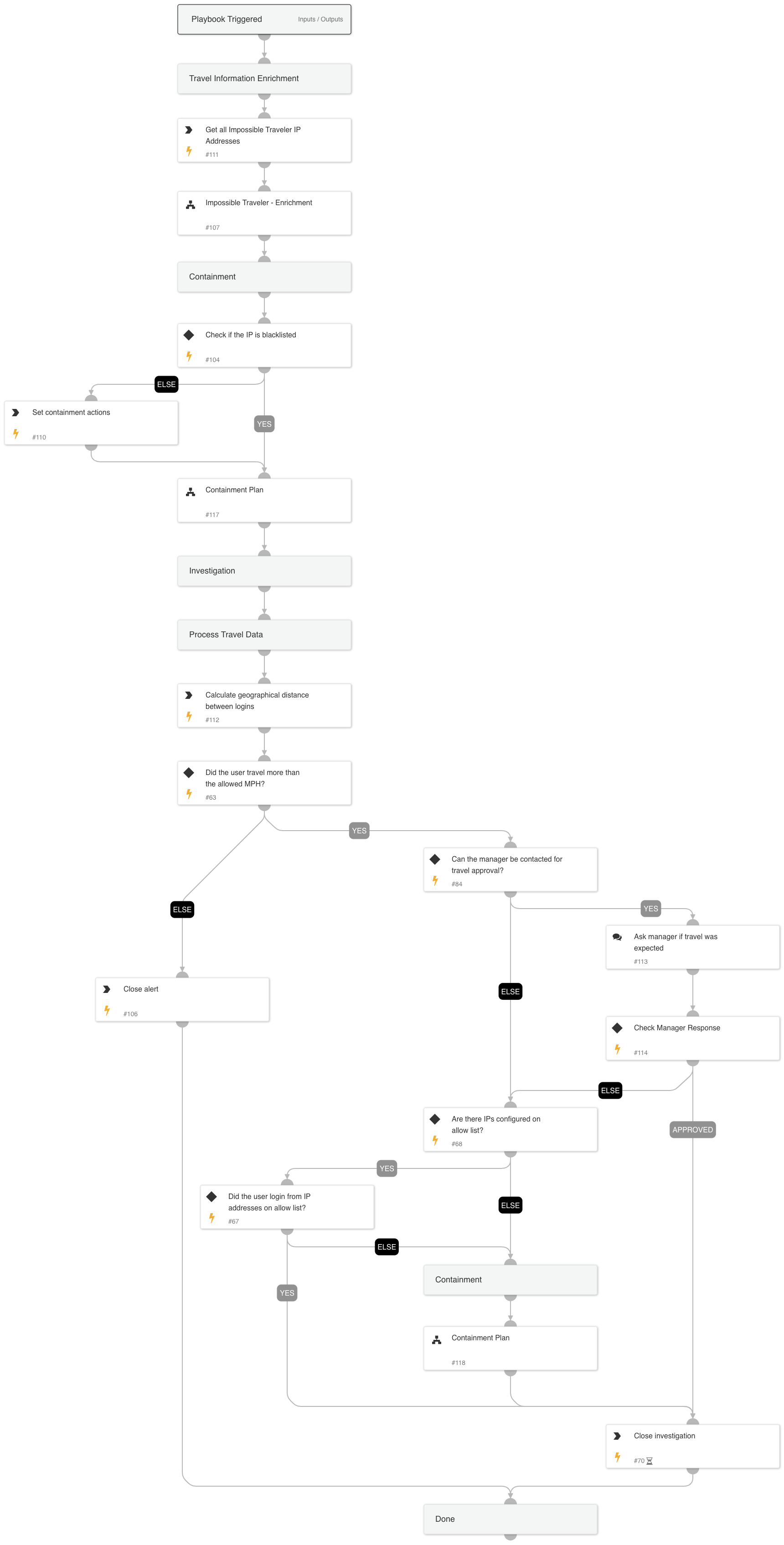