This Playbook is part of the Spring Core and Cloud Function SpEL RCEs Pack.#

On March 29, 2022, information about a 0-day vulnerability in the popular Java library Spring Core appeared on Twitter.

Spring Framework is an extremely popular framework used by Java developers to build modern applications. If you rely on the Java stack, it is very likely that your development teams use Spring. In some cases, a single specially crafted request is enough to exploit the vulnerability.

Later, it was discovered that these are two separate vulnerabilities, one in Spring Core and the other in Spring Cloud Function:

###This playbook will provide you with a first response kit which includes:

Note: You can execute this playbook using the Incidents view by creating a new incident or by using a dedicated job to schedule the playbook execution. 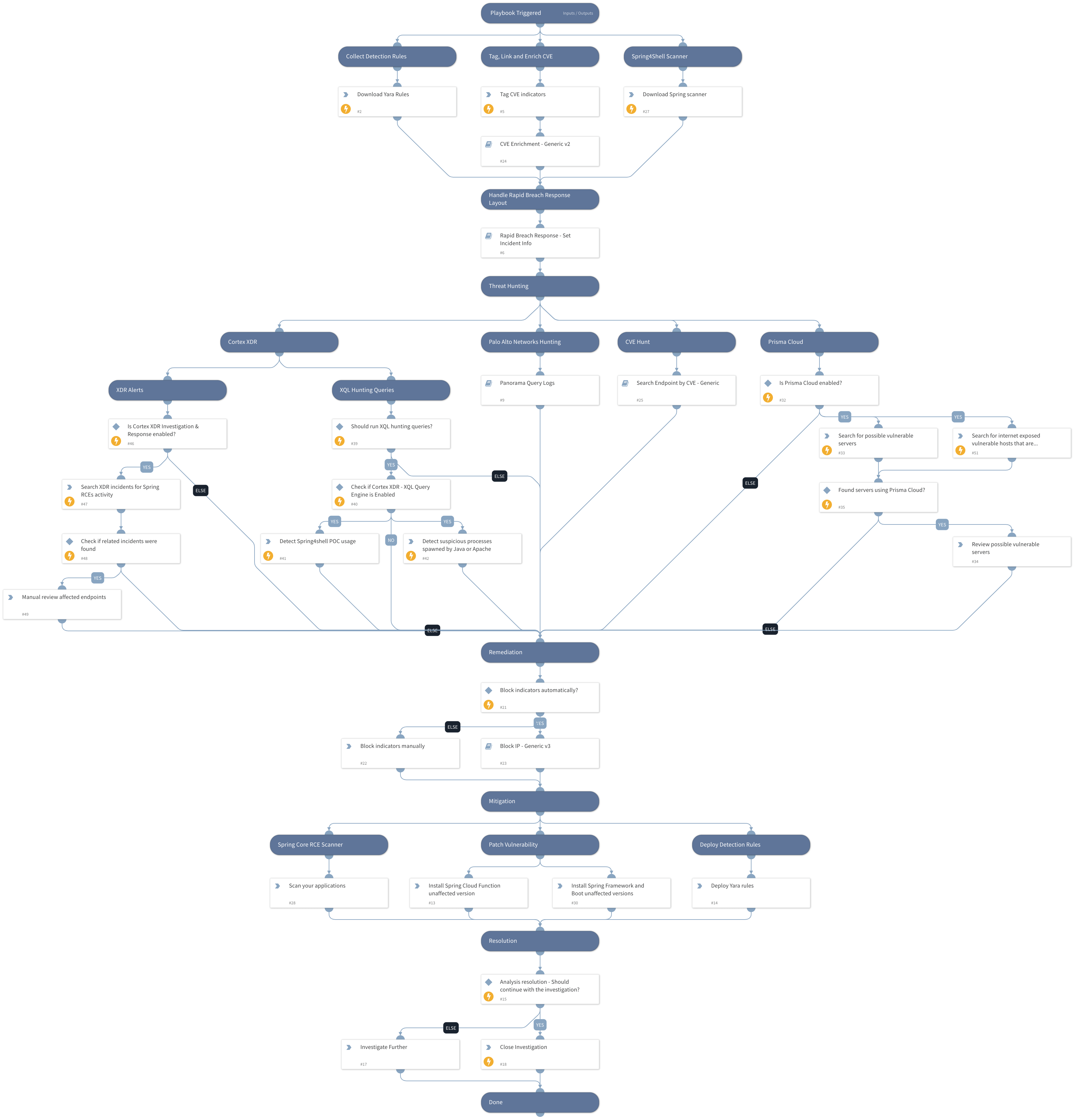