This Script is part of the Common Scripts Pack.#

Asks a user a question via email and process the reply directly into the investigation.

Cortex XSOAR can use email responses within the system, e.g. when an external user's approval is required. To do this, you will create an email template with multiple choice options (e.g. Reply "Yes" if you approve and "No" if you do not).

Before starting you will need to configure an integration capable for sending and receiving emails, such as: Mail Listener v2 and Mail Sender (New), GMail, EWS O365, O365 Outlook Mail Single User. The instance that will receive the response must be set to fetch incidents.

The user who receives the mail will respond accordingly and when an answer is received, it will trigger a task to handle the response. This is a two step task. The first, is to send an email asking the user for information. The second step, is to receive the answer and trigger a process of handling it in Cortex XSOAR.

The outgoing email contains a token that will be used when the user responds to the email. According to the token, the response will be directed to the relevant incident.

Add the EmailAskUser script and set as follows:

Add condition options, such as:

An example arrangement for EmailAskUser task is as below: 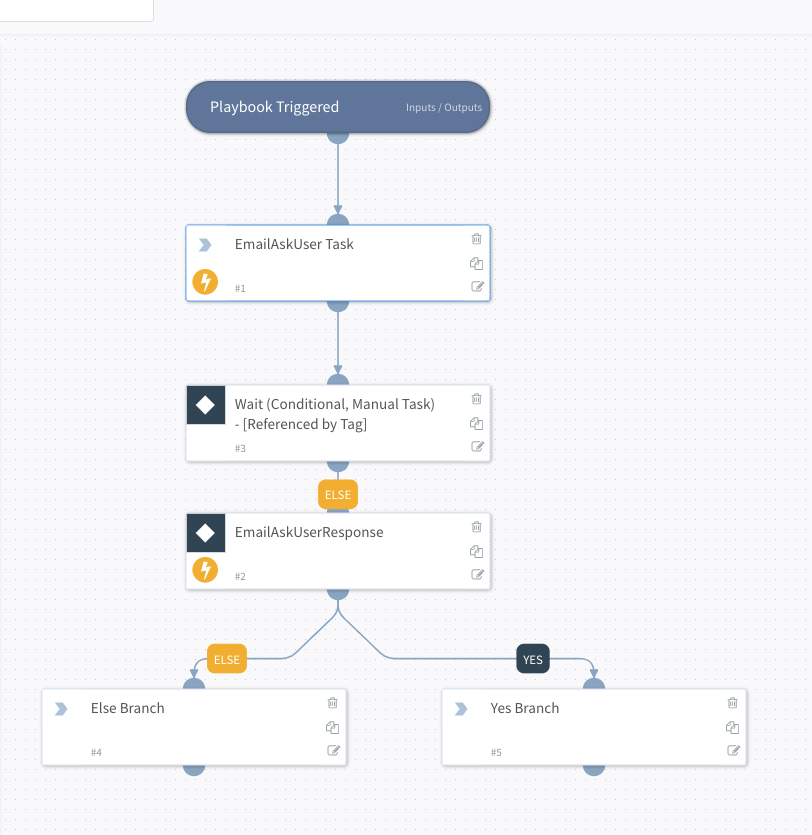 It is good practice to tag the wait task as shown: 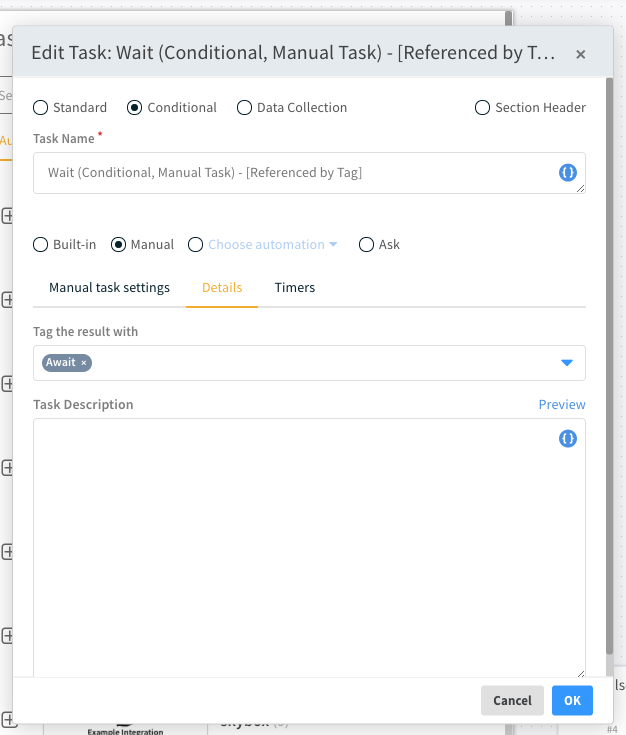 The tag you choose (in this case "Await") can be used in lieu of the task id in the task field of the EmailAskUser Task:

There are no outputs for this script.

Requires an instance of one of the available email integrations, set to fetch incidents.

In case that the incident in which the automation script is running, has limited permissions to (e.g. has a certain role assigned to it), then the responder to the email need to have the relevant permissions assigned to its user in Cortex XSOAR.