This pack is part of the Rapid Breach Response pack.

On May 27th, a new Microsoft Office Zero-Day was discovered by Nao_sec.

The new Zero-Day is a remote code execution vulnerability that exists when MSDT is called using the URL protocol from a calling application such as Word. 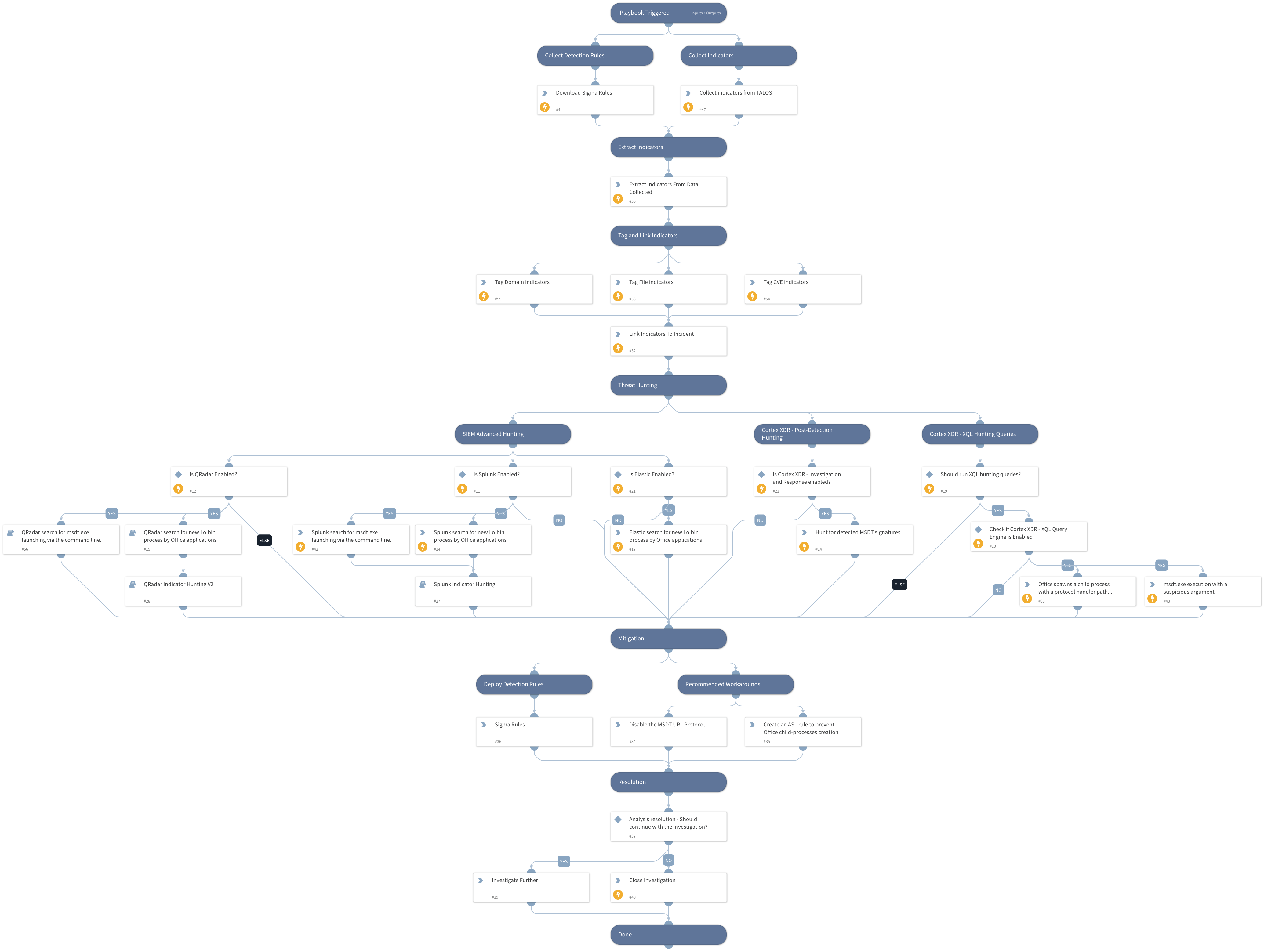