This Playbook is part of the ServiceNow Pack.#

Mirror ServiceNow Ticket is designed to serve as a sub-playbook, which enables ticket mirroring with ServiceNow. It will allow you to manage ServiceNow tickets in Cortex xSOAR. While data is continuously synced between ServiceNow and Cortex xSOAR, including ServiceNow schema, fields, comments, work notes, and attachments. To enable OoB mirroring, use the ServiceNow Create ticket - common mappers for incoming and outgoing mirroring.

In Addition to the Playbook, It is recommended to use the included layout for ServiceNow Ticket, which helps visualize ServiceNow ticket information in Cortex xSAOAR. You can add the new layout as a tab to existing layouts at the edit layout screen.

This playbook does not use any scripts. 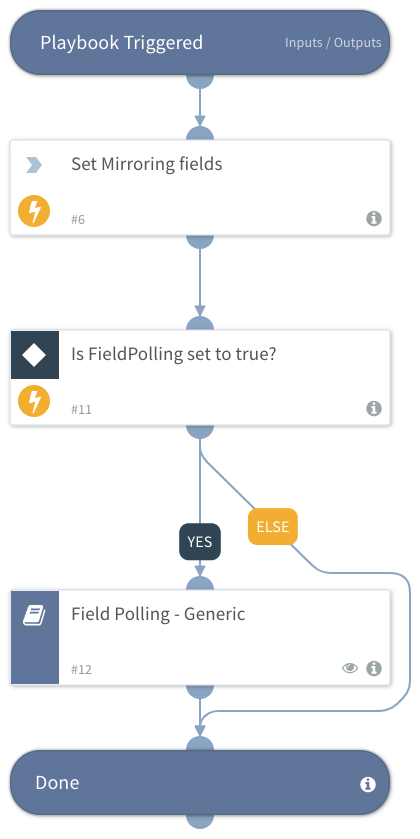