Documentation is a critical step that assists customers who may use your integration/script/playbook by providing insight into how the content entity is supposed to work.
From creating custom playbooks, to providing background information to assist in debugging, it is important to ensure that the documentation explains every aspect of the integration. Documentation is maintained as README.md per integration/automation/playbook and made available for customers as part of the reference docs of the Cortex XSOAR Developer Hub.

This document guides you through the generation of the README files from entity YML files. When writing the actual entity descriptions, make sure to follow our Documentation Best Practices.

Documentation must be generated if:#

To automatically generate example output (human readable and context), you should create a text file containing command examples, one per line. The command examples should appear the same way they would as in the CLI in Cortex XSOAR, for example !url url=8.8.8.8. Commands will be executed one at a time, in the order in which they appear in the file. If there are duplicates of a command included in the text file, only the output of the command's first execution will be included in the generated documentation output.

A larger example of such a file is available here.

Make sure to set your environment variables: DEMISTO_BASE_URL and DEMISTO_API_KEY so demisto-sdk will be able to connect to the Server to run the commands. Run the generate-docs command with an input of the content entity's yml file and the command_examples.txt file in case you are documenting an integration. For example:

If you are connecting to a Server with a self signed certificate, make sure to pass the --insecure option to the generate-docs command.

For additional information you can view the full documentation for the command here.

In case documentation is being generated for a new version of an existing integration the generate-docs command will ask you to enter the path to the old integration .yml file in order to generate a section detailing the changes made in the current version. You can either enter the old integration path via a prompt in your terminal while the command is running or supplying to the --old-version flag like so:

Though not advised, if you do not wish to create the version differences section in the documentation you can run the command with the --skip-breaking-changes flag.

Images in the documentation should be added to the relevant pack under a doc_files or doc_imgs directory. Images may be included with absolute or relative URLs.

When creating Markdown README documents for XSOAR entities (Playbooks, Integrations, Scripts, etc.), you may use relative URLs to documentation images stored in the doc_files or doc_imgs directories. To use relative URLs simply link the image using a relative path such as:

Make sure to view the README.md file in GitHub's web interface and validate that the images display properly.

Note: Relative image URLs are not supported for Pack READMEs.

To obtain an absolute URL to an image from GitHub:

Embed the image in the README.md using a Markdown Image Link, such as:

Or if you want more control on the image (for example setting width dimension) you can use the HTML <img> tag, such as:

To keep our main Content repo small we limit images to 2MB. For larger images, follow the instructions for Videos on how to store large media files in our content-assets repository.

A video can provide a great addition to the documentation either as a demo video or tutorial. The preferred video format is mp4.

Because of their size and in order to keep our main Content repo small, we store large media files in a separate repository: content-assets.

To add the video file, open a pull request with the video file at content-assets repository. The file should be placed in the directory: Assets/<PackName>/.

All videos should be included with absolute URLs. To obtain a URL to a video from GitHub follow the same steps as detailed for images only now this is being done in the content-assets repository.

Include the video using the HTML <video> tag, such as:

Note: GitHub markdown preview will not display the video (it will show the browser not supported message). Rest assured, the dev docs site will display the video properly as can be seen at the following example.

For files larger than 50MB, we require using git-lfs to add these files to the content repo (a getting started git-lfs tutorial is available here).

Steps for adding a large file: 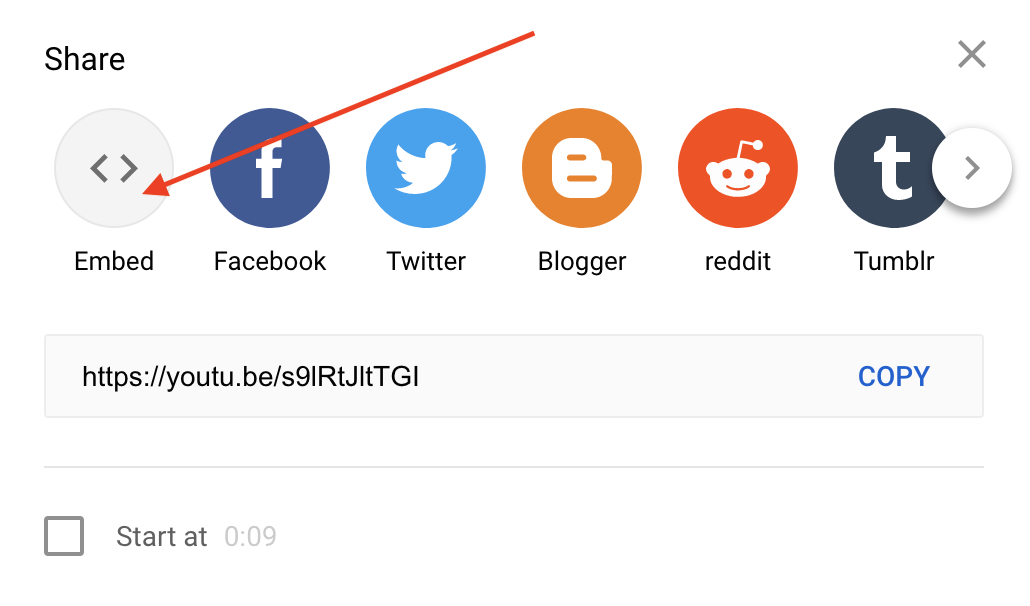 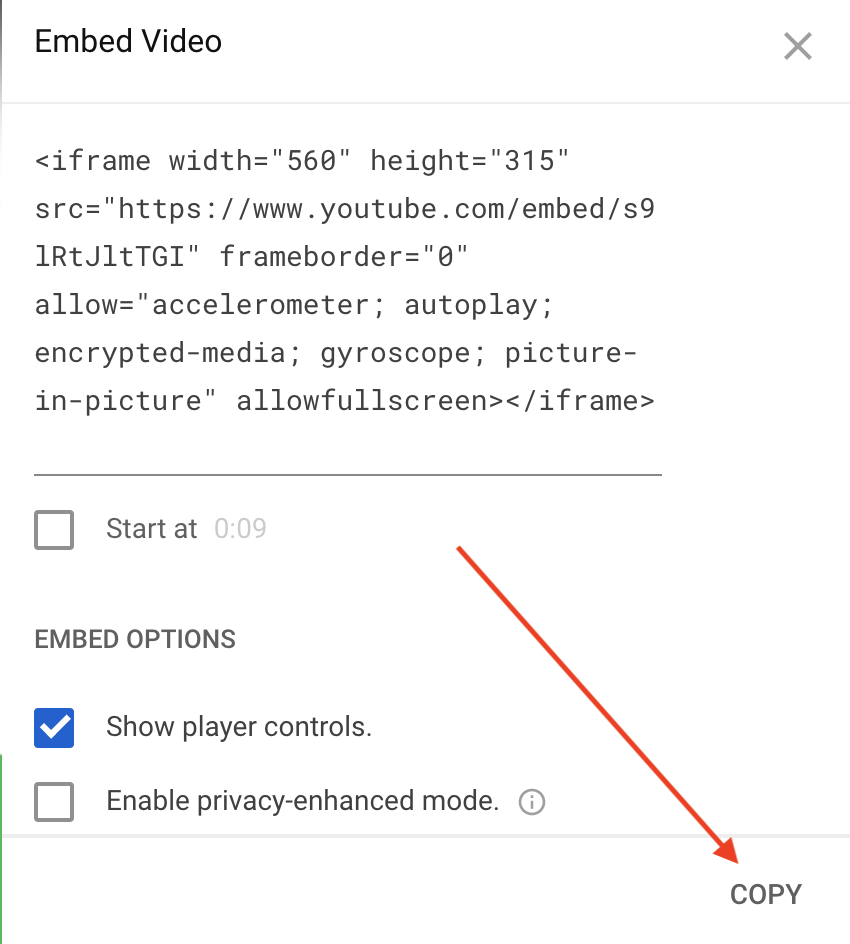 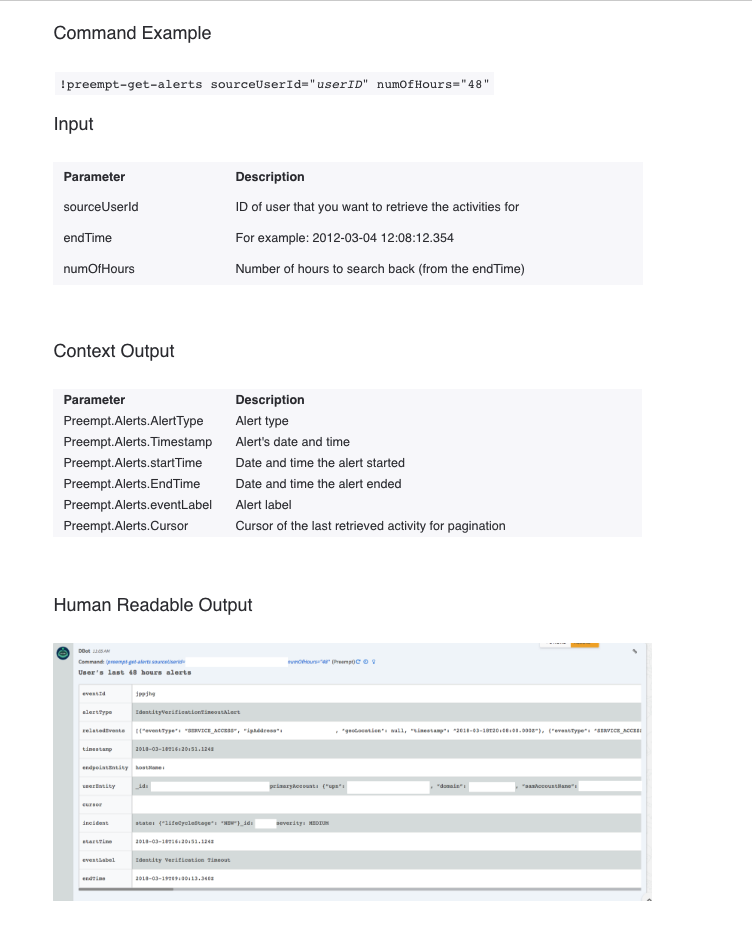 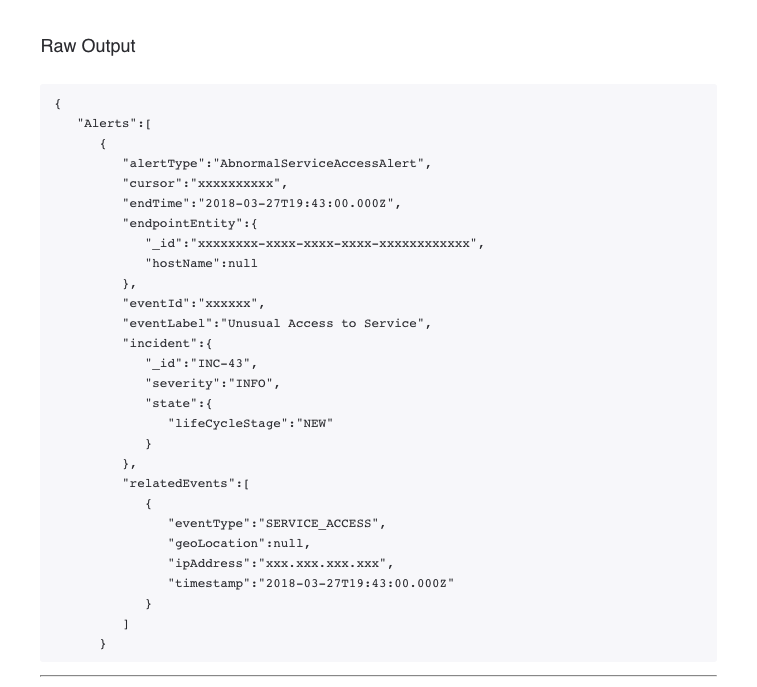 Once the PR with the documentation README file is merged into master, it will become available as part of the Cortex XSOAR Developer Hub. The site is updated with the latest content on a daily basis. When the deployment is complete, the documentation will be available at the reference docs section. If you wish to preview how the documentation looks at the Developer Hub, before merging to master, you can either run locally the content-docs project to preview the Reference Docs site locally or create a PR at the content-docs repo.

Clone or download the content-docs repo. Follow the instructions at the project's README to run the site locally and generate Reference Docs for the content repo you have locally. For example run in the content-docs checkout dir:

Preview by Creating a PR at the Content Docs Repo#

We use MDX for the Markdown generation. MDX is a superset of standard Markdown, but it requires that any html used in the document must be jsx complaint. Meaning all html tags need to contain a closing tag. For example don't use: <br>, use: <br/>. Additionally, html entities < >, not in code blocks, need to be encoded. Use &lt; and &gt; to encode. As part of the CircleCI build, the README.md file will be validated that it is MDX complaint.